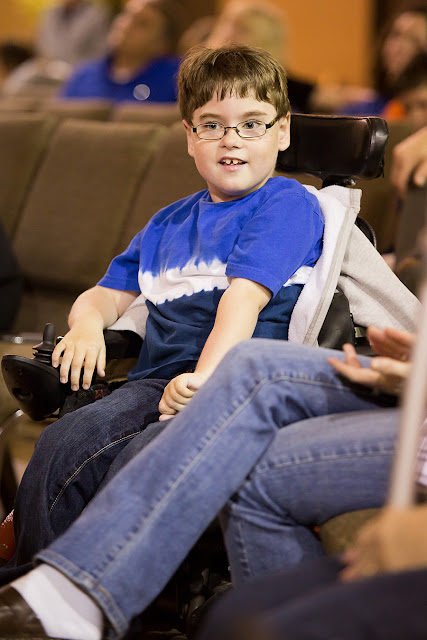 We all know that Clayton's life is a miracle.  But here's the great thing--Clayton knows it too!  He has heard us testify to God's work in his body, and God's work in our lives.  Moreover, I'll go so far to say that I think he feels it as well.  There is no denying the Holy Spirit abides in and around him.  Everywhere we go, people are caught up in his infectious happiness and genuine love for life.  The smile on his face is truly contagious.  And with this sweet spirit surrounding him,  it's no wonder that his favorite place is in God's house! 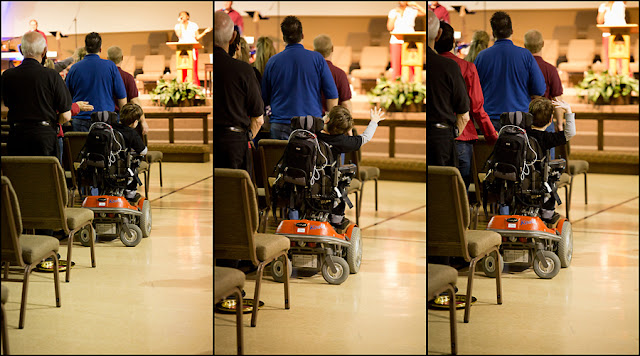 In general, Clayton isn't very particular about which church we go to, just as long as we are going to a church.  (Every day I am asked "church?" at least a dozen times).  But like most of us, Clayton thrives the most on his home turf.  Our church has become Clayton's happy place:  when there, he is in his element.  And since the arrival of his power chair, his "social life" at church has literally blossomed.  In fact, I can't remember the last time he sat with Brian and me, or my parents for that matter!  Most services, he just sets out on his own once we arrive (he parks himself at the door to greet people first thing), and then he tracks down his favorite people to sit with as the service begins. (Notice the required hand holding for said favorite person in middle photo below). 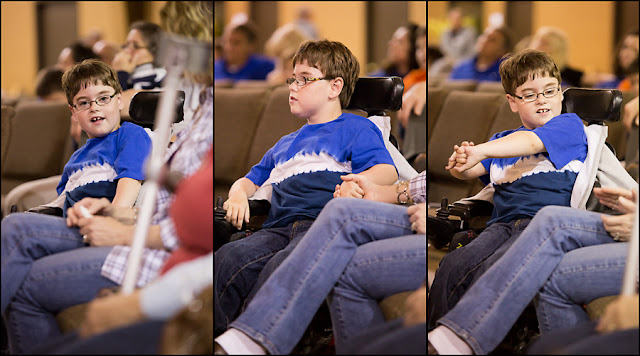 You can just sense the freedom he feels in his power chair . . . if people are standing, he raises his chair up so that he is "standing" as well (see first set of photos).  And if there is an altar call of any type, the first thing you hear is the beep of his chair being turned on, followed by Clayton making his way to the front. 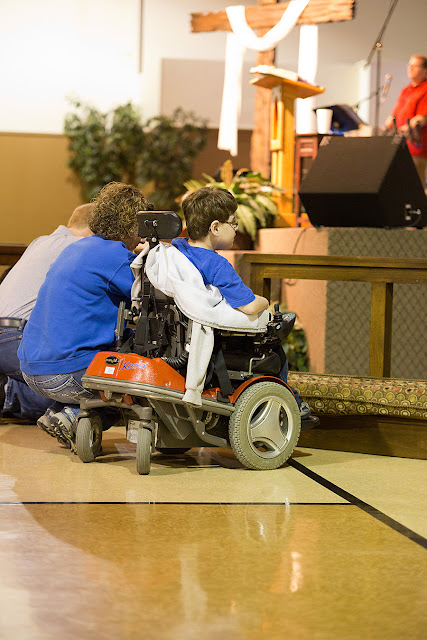 He often asks the people around him to "pray for me" or "pray for {insert name of person on his mind}".  But as of late, I think he is finding his niche as a budding prayer warrior!  He is seeking others out at the altar, and being quieter (not near as many "pray for's").  Maybe he is contemplating in his own mind what needs to be prayed for and having those conversations with God himself! 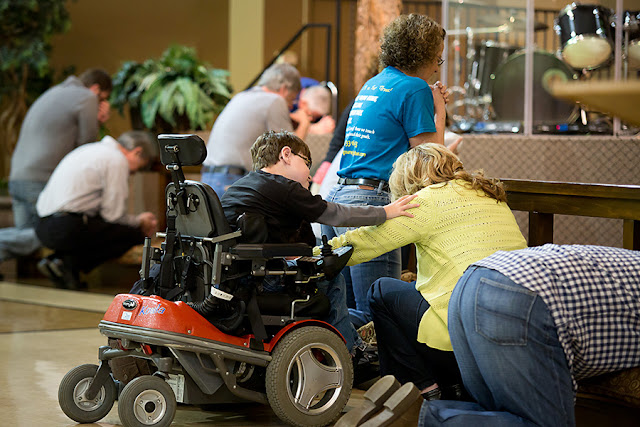 His sixth sense about what is going on around him is uncanny.  There isn't a doubt in my mind that he has had lots of dialogue with God over the years . . . maybe now he not only speaks on his own behalf, but for others as well.
Posted by AshleyS at 12:00 AM 3 comments:

Employee of the Month

Well, yesterday's post was just a hint of what was to come in today's post . . . This past Tuesday was Clayton's latest venture in the performing arts.  As usual, he kept us entertained!

This semester's play was based on the television show "Undercover Boss."  The star of the show was a senior this year, and this play was his baby and creation.  Clayton was a part of the Customer Service team and was deemed "The Employee of the Month."  His first line was supposed to be him introducing himself, but he ended up saying "my tooth hurts."  And during the last scene, he just plain did his own thing!

I've pieced together his parts in the play:

Haley was his helper this year, and she should have been awarded a medal for how well she handled Clayton's random talk and driving!  She was the master at improvisation and did a fantastic job helping Clayton.  :) 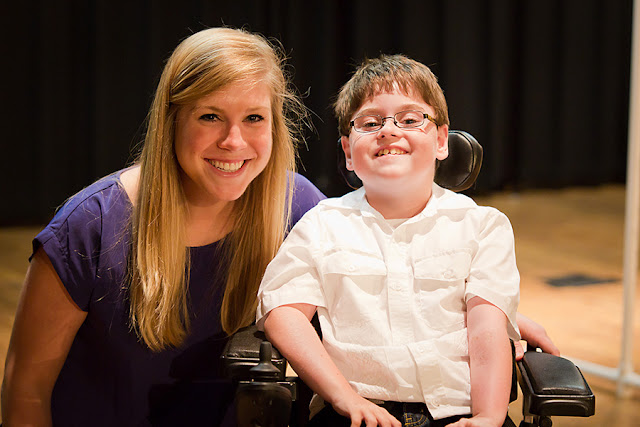 It's definitely always an adventure with the ACTS, Jr. crew!!!
Posted by AshleyS at 12:00 AM 2 comments:

For the one or two blog readers I still have out there, I promise new blog material is coming . . . here is a preview of what one post might include: 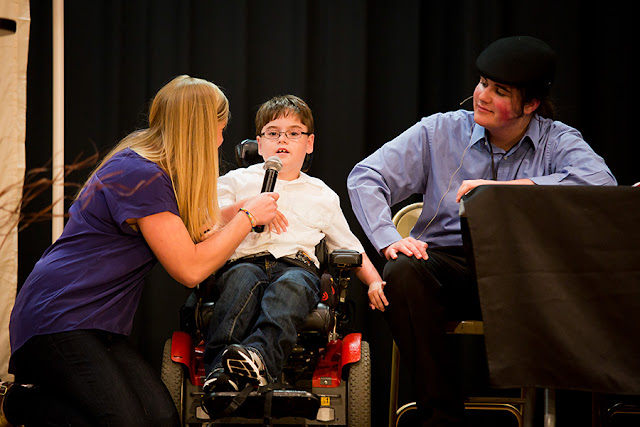 Don't abandon me yet, I have lots on my mind and a ton of photos to share . . . the trick is finding the time to write it all out!
Posted by AshleyS at 12:00 AM No comments: